Here are cats that do like water: Tigers take a break from the Jakarta heat as they frolic in the zoo enclosure 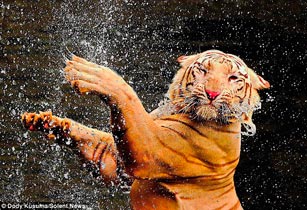 So when the heat became too much to bear for this deadly pair – they started frolicking in the water in order to cool themselves down.The Sumatra and Bengala White tigers sent droplets flying as they splashed with their paws in their enclosure at Ragunan Zoo, South Jakarta, Indonesia.During their dip, the predators sprayed droplets to make their fur coats wet and glossy. . 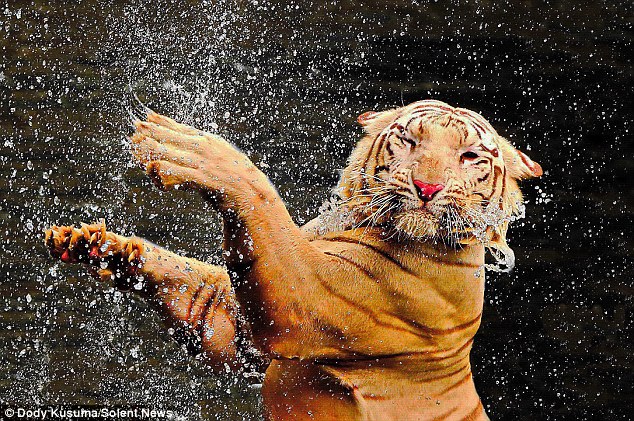 Theses playful shots were taken by Dody Kusuma, 44, in Ragunan Zoo.The tigers have a large enclosure with a pond of 60-100 centimetres deep – a refreshing dip for the cats on hot days. 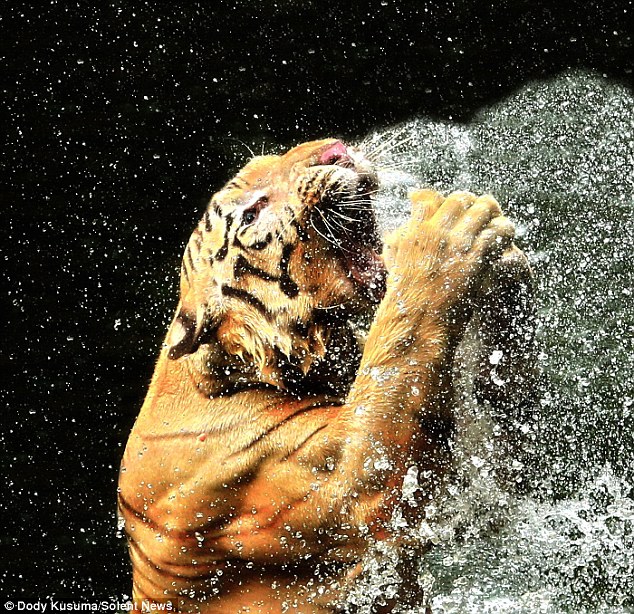 Dody said: ‘This pond is their water playground. When they feel the heat, they will swim around the pond to cool down.’

The security consultant from Bekasi, in Jakarta, stood poised with his camera just 15 meters away from the impressive mammals. 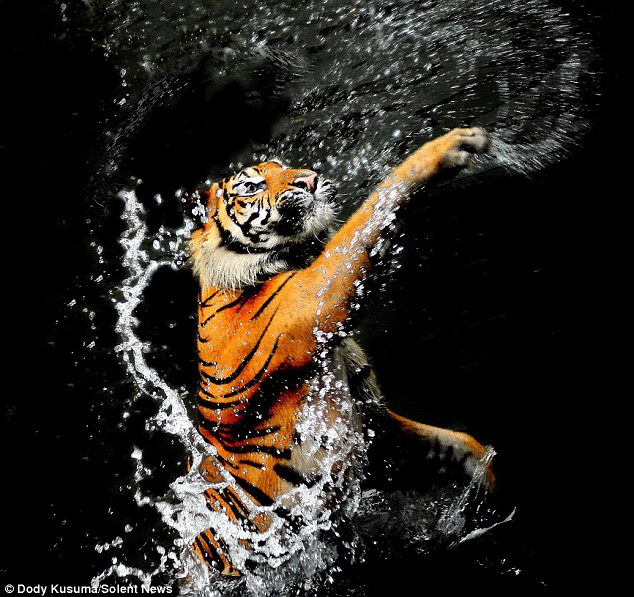 Despite standing with a fellow photographer in a fairly safe enclosure, Dody still admitted feeling fearful of the big cats.

He said: ‘This tiger was big – almost as big as a cow – so imagine if it pounced on a human? 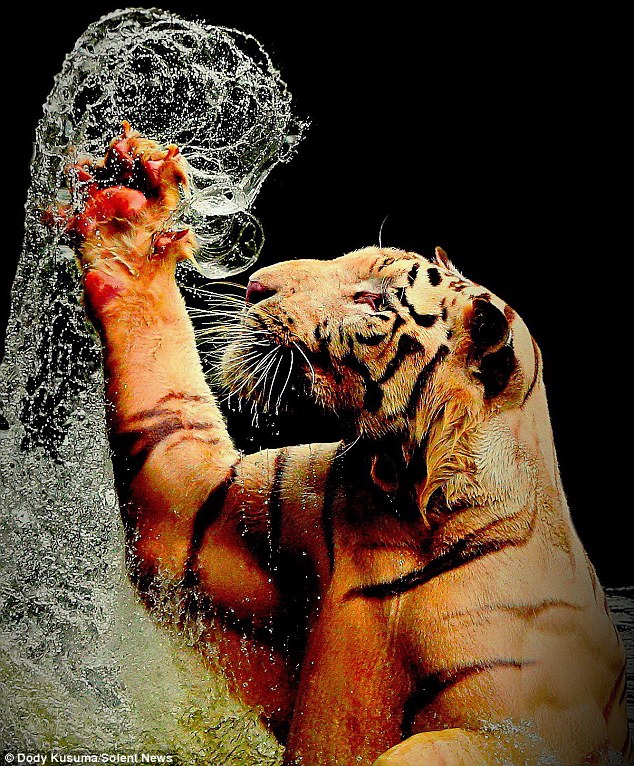 ‘But I am both fascinated by their behavior and scared at the same time because I’m so near to them.

‘Splashing around in the water, they looked cute and adorable instead of wild – but their faces are amazingly deceiving.’

This site uses Akismet to reduce spam. Learn how your comment data is processed.

My name is Dody Kusuma I live and work in Jakarta as security consultant . Photography is my hobby and passion.The search for truth is my obsession in life ..